It is not my opinion, but of mutuionline.it.

Obviously the basis of this statement is the low level reached by interest rates on mortgages which, remember, just in 2019 updated the historical lows. Thus mortgage financing, becoming affordable, was more accessible to a wider pool of investors.

But it is not enough to go back only 10 years, we have to go back 20 when Italy abandoned the lira for the new single currency.

The euro has helped to give the Italian market an international edge but has led to the thinning of the returns promised by the instruments that investors usually put in their portfolios (including government bonds and liquidity).

This scenario has prompted investors to review their strategies and seek refuge in safe havens and here comes the last golden age of real estate.

All these combined elements, according to the analyst at Tecnocasa, led to an increase in sales volumes with a peak in 2006 (with almost 845 thousand transactions) and to a growth in values ​​that lasted until 2007, the year in which the real estate market has reversed the trend.

There are those who experienced the crisis before, those after (like us on Lake Orta), but the effects have been the same throughout Italy.

Tecnocasa has also carried out an analysis that compares the purchase of a 90 sqm three-room apartment in large cities in 2009 and 2019: the result is that today the purchase is much cheaper. In other words, says the note “following the fall in prices and the best conditions on the credit market, those who buy a house today have significant savings”.

The performance of the real estate market recorded in 2019 is confirmation of this long-term positive trend. After the good result achieved in 2018, the sales continued to grow.

I hope this article may have been helpful.

How much does home staging cost in Italy? 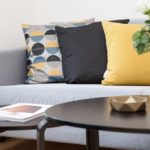 How long does it take to sell a house in Italy?

We use cookies to make sure you can have the best experience on our website. If you continue to use this site we assume that you will accept the use.OkLeggi di più